Covid-19: Financing Transactions, Defaults In Debt. Repayments – Where Does The Judiciary’s Sentiment Lie? 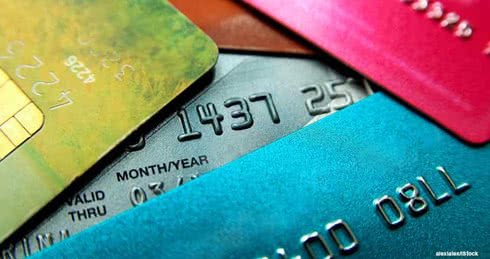 With the outbreak of COVID-19 being widespread and the number of effected people only increasing on a daily basis, measures, like the country wide lockdown, has been taken by the Government of India. The outbreak has been unprecedented and the measures taken to control the same have been drastic. Given the circumstances various businesses have been adversely impacted, to the extent that some businesses have come to a complete standstill.
It was, therefore, only a matter of time before borrowers, in debt transactions, started defaulting in their debt servicing obligations and were forced to face consequences. Foreseeing such a scenario, the Reserve Bank of India (“RBI”) issued a circular and a press note giving certain directions to lending institutions with the aim of mitigating the burden of debt servicing during these difficult times. The circular and press note, with specific regard to repayment of term loans, appeared to provide relief only to borrowers defaulting in payments due from March 1, 2020. However, it appears that various borrowers (having defaulted in payments prior to March 1, 2020) have also sought protection under the said circular and press note.
The Delhi High Court (“DHC”) and the Bombay High Court (“BHC”) have recently had the occasion to decide upon the said issue. The purpose of this article is to provide a sense of where the sentiment of the courts appears to be in these difficult times.

B. RBI Circular and Press Note

On March 27, 2020, the RBI issued a Press Note being “Statement on Developmental and Regulatory Policies” (“Press Note”), inter alia, stating that lending institutions were “permitted to allow a moratorium of three months on payment of instalments in respect of all term loans outstanding as on March 1, 2020”. Repayment schedules, subsequent due dates and the tenor of the loans were accordingly to be shifted by three months.

On the same day, the RBI issued the “COVID-19 – Regulatory Package” (“Circular”) containing detailed instructions with regard to the measures announced by the Press Note. With respect to term loans, the circular reiterated that lending institutions were permitted to grant a three month moratorium on payment of all instalments falling due between March 1, 2020 and May 31, 2020 (“Moratorium Period”) with the repayment schedule and the residual tenor of the loan being shifted across the board by three months. It was clarified that instalments would mean payments that fell due during the Moratorium Period. The Circular also stated that the asset classification of term loans, which were granted such moratorium, would be determined on the basis of the revised due dates and the revised repayment schedule. The grant of the moratorium would not result in an asset classification downgrade.
The language of the Circular suggested that
(i) the moratorium could be granted only to payments that fell due during the Moratorium Period; and
(ii) the lending institutions had the liberty or option to grant the moratorium and the same was not mandatory. However, as mentioned above, borrowers have approached courts seeking for the moratorium to be extended even in cases where payment defaults occurred even prior to the Moratorium Period.

Anant Raj Limited vs Yes Bank Limited – Delhi High Court
The borrower, in this case, had defaulted in making payments of the instalment due on January 1, 2020. As a consequence, the account classification of the borrower was downgraded and was either classified or in the process of being classified an NPA as the instalment remained overdue for a period of 90 days. The borrower, relying on the Press Note and Circular, sought a declaration against Yes Bank restraining it from classifying the account of the borrower as a Non-Performing Asset (“NPA”).
After giving due consideration to the Press Note and the Circular, the DHC was of the prima facie view that the intention of the RBI was to maintain status quo with regard to (i) all instalment payments to be made during the Moratorium Period; and (ii) classification of accounts of the borrowers as it stood as on March 1, 2020. The DHC, therefore, prima facie held that the borrower’s account classification could not have been downgraded to NPA and directed that the same be restored to as it stood on March 1, 2020. While passing the order, the DHC appears to have been influenced by the use of the term ‘Non-Performing Assets’ in the heading to paragraphs 5 to 7 in the Circular.
By its order, not only did the DHC extend the benefit of the moratorium to an account that was in default prior to the Moratorium Period but, in fact, it appears to have taken a view that the granting of moratorium was mandatory and not an option given to the lending institutions.

Idea Toll and Infrastructure Private Limited vs ICICI Home Finance Company Limited &Anr – Bombay High Court
The borrower, inter alia, sought a restraint on the sale of pledged shares which were invoked by ICICI Home Finance Company Limited (“IHFC”). IHFC invoked the pledge on account of a default in payment of instalment of Rs. 1.71 crores which was due in the month of January, 2020. In fact, as on the date of the order, certain shares were already sold by IHFC. It was submitted by the borrower that the term loan granted to the borrower must also be subject to the moratorium and, therefore, the sale of the shares should not be permitted.
Contrary to the DHC, the BHC was of the view that the moratorium would apply only to payment of such instalments which fell due during the Moratorium Period and not prior. It was, therefore, of the view that the default in the present case, having occurred in January, 2020, would not be eligible for the moratorium.
However, the BHC was of the view that rights of both, the borrower and IHFC, was to be protected and proceeded to grant the borrower further time, albeit limited, duringwhich time IHFC was directed not to sell the pledged shares.

TransconSkycity Pvt Ltd &Ors vs ICICI Bank Limited – Bombay High Court
In the present case, the borrower had defaulted in making payments of two instalments due on January 15, 2020 and February 15, 2020. The borrower filed a writ petition against ICICI Bank, inter alia, seeking a direction that the Press Note and the Circular would be applicable to the loan availed by the borrower. A direction against ICICI Bank restraining it from classifying the borrower’s account as NPA was also sought. The main issue that arose was whether the Moratorium Period would be applicable even in cases where the default in payment of instalment had occurred prior to March 1, 2020.
It appears that both parties heavily relied upon the above mentioned orders passed by the DHC and the BHC (in Anant Raj and Idea Toll, respectively) in favour of their respective contention. However, the BHC, without delving into the issue of the interpretation of the Press Note and the Circular, attempted ‘to preserve the parties in status quo ensuring the minimal prejudice to both sides in these unprecedented and exceptionally difficult times’.
By making clear that its order would not act as a precedent, the BHC proceeded to exclude the period of the lockdown for the purposes of computing the period for declaring the borrower’s account an NPA. The borrower was directed to make good his defaults within a limited period post the lockdown being lifted. Effectively, the BHC granted the borrower a moratorium during the lockdown period.

Rural Fairprice Wholesale Limited &Anr vs IDBI Trusteeship Services Limited &Ors – Bombay High Court
The debenture trustee/lenders, in this case, sought to sell the pledged shares on the ground that the value of the shares had dropped below the minimum security cover agreed to be maintained. It was argued by the borrower and the pledgor that on the date the transaction was entered into, the value of each share was Rs. 350/-. However, the market value of the shares dropped because the stock markets collapsed in light of the COVID-19 outbreak.
The BHC, in view of the present market situation and COVID-19, granted an ad-interim order restraining the debenture trustee/lenders from selling the pledged until the next date of hearing. While this order does not deal with the Circular and Press Note, this is another instance where a court was called upon to grant a relief to a borrower that had been effected by the COVID-19 situation.

All the above mentioned orders were passed at interim/ad-interim stages and, therefore, may not hold any precedentiary value. It will be interesting to see how these cases finally pan out. However, it may be prudent for the RBI to clarify the issue of whether the Circular and Press Note would be applicable to defaults that were pre-existing on March 1, 2020.
Having said that, while certain courts/judges are attempting to not prejudice the rights of a lending institution, it certainly appears that the sentiment of the judiciary (given the existing circumstances) lie in favour of the borrower. This sentiment, in these times, appears to be fair. However, it has to be kept in mind that the sanctity of such lender – borrower relationship is in adhering to the terms of the contract between the two and necessary consequences ought to follow in case of any default or non-compliance. Therefore, if this sentiment continues unchecked and borrowers are granted reliefs at the cost of lending institutions, such well-intentioned sentiments could have unintended consequences which may not bode well for lenders in the long run.
As such, while reliefs may be granted to borrowers in these times, the same should be done only after considering the merits of each case and certainly by ensuring that the rights of the lending institutions are not prejudiced. After all, though these reliefs are being granted they are not necessarily right in law. The author of this article was Ayush Agarwala (Partner).
________________________________________________________________