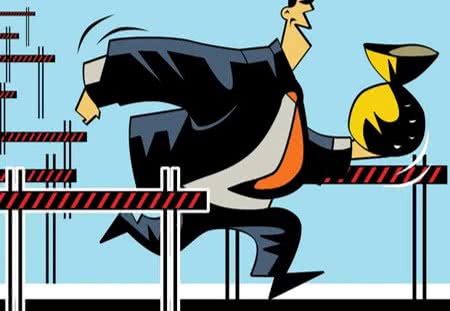 Fraud vitiates all. Is this well settled principle of law, however, applicable to the Insolvency and Bankruptcy Code, 2016 (“Code”) particularly in cases of insolvency resolution processes (“CIRP/CIRPs”) which have been initiated fraudulently?

The Code was brought into force with the intention of protecting the interests of financial institutions, lenders and other creditors against the ever-growing list of defaulting borrowers. However, time and again we come across cases where allegations are made of defaulting borrowers having fraudulently gotten the CIRP initiated against themselves by colluding with a creditor. Such fraudulent initiation of CIRP is, more often than not, done with the intention of defeating the recovery rights of the creditors, who are then compelled to take part in the CIRP. This, rather than utilizing other modes of recovery, which could be likely to yield better results given the facts of a particular case.

B. The Code and Judicial Precedents:

Section 65 of the Code provides that the Adjudicating Authority may impose a penalty of one lakh rupees to one crore rupees where a person initiates a CIRP fraudulently or with malicious intent for any purpose other than for the resolution of insolvency. However, the Code does not provide for (i) any consequences to a corporate debtor (defaulting borrower) who may have colluded with the person initiating the fraudulent CIRP; and (ii) quashing/terminating such fraudulent CIRP.

This issue has been heard by the NCLAT in a few cases and unfortunately the NCLAT has been of the view that the Adjudicating Authority cannot decide the issue of collusion of a creditor and corporate debtor. In fact, in one of the cases the NCLAT appears to have taken a view that the Adjudicating Authority does not have the jurisdiction to decide upon such issues. The view taken by NCLAT was, to say the least, surprising especially considering Section 65 of the Code and the basic principles of law in relation to fraudulent proceedings.

Fortunately, the Supreme Court has also had the occasion to decide upon the said issue in two different cases. In the case of Embassy Property Developments Pvt Ltd vs State of Karnataka &Ors the Supreme Court after considering Section 65 and certain other provision of the Code held that the NCLT (Adjudicating Authority) and the NCLAT have jurisdiction to enquire into the allegations of fraud and fraudulent initiation of CIRP.

Thereafter, in the case of Beacon Trusteeship Ltd vs Earthcon Infracon Pvt Ltd & Anr while deciding on the issue of whether the respondents therein had colluded and fraudulently gotten the CIRP initiated against the Corporate Debtor, the Supreme Court held that “Considering the provision of Section 65 of the IBC, it is necessary for the Adjudicating Authority in case such an allegation is raised to go into the same”.

The Supreme Court has laid to rest the issue of whether the Adjudicating Authority and the NCLAT can decide upon allegations of fraudulent and collusive initiation of CIRP. Though, the language used in Beacon Trusteeship may be of concern. It appears to suggest that the Adjudicating Authority can enquire into the issue of fraud only under Section 65.If such is the interpretation, the consequence of initiating a CIRP fraudulently will be limited to the monetary penalty provided for in Section 65.

It is difficult to imagine that once it is held that a CIRP has been fraudulently initiated (and/or in collusion) the only consequence will be that of a monetary penalty (to one of the parties), with the fraudulent CIRP allowed to continue. However, it is likely that such an argument may be made and probably even accepted in the absence of any provision stating otherwise. Ideally, the Adjudicating Authority, in such a case, should use its inherent powers under Rule 11 of the National Company Law Tribunal Rules, 2016 and, at the very least, recall the order initiating such fraudulent CIRP and quash/terminate the CIRP. It is only then that the principle of ‘fraud vitiates all’ be satisfied.

Mr. Ayush Agarwala is a Partner with K-Law specializing in dispute resolution, insolvency & bankruptcy and white-collar crimes and can be contacted onayush.agarwala@klaw.in. Ms. Mariam Zaidiis an Associate with K-Law also specializing in dispute resolution and insolvency & bankruptcy and can be contacted onmariam.zaidi@klaw.in.

Civil Appeal No 7641 of 2019 (dated February 18, 2020) – The Appellants in this case were advised and represented by the Authors and Ms Aditi Mittal, Associate Partner, K-Law.

For private circulation only

The material contained in this alert is for informational purposes only. The views expressed are not those of K Law and do not constitute legal advice. K Law disclaims all liability to any person or entity for any loss or damage caused by errors or omissions in this alert. The authors of this article are Mr. Ayush Agarwala (Partner) and Ms. Mariam Zaidi (Associate).

Previous Article: Covid 19: Can Force Majeure Be Invoked Under My Contract?
Next Article Covid-19: Financing Transactions, Defaults In Debt. Repayments – Where Does The Judiciary’s Sentiment Lie?