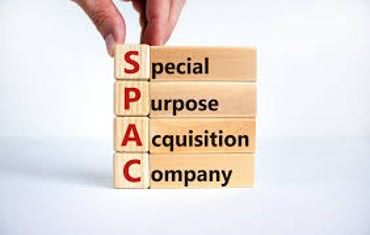 An unconventional approach to raising capital absent the rigors of the traditional Initial Public Offering (“IPO”) is fast witnessing a global resurgence – through Special Purpose Acquisition Companies (“SPACs”). Amidst the Covid-19 pandemic, SPAC IPOs had a record year in the United States. As of March 2021, SPACs had already raised capital in 296 IPOs , showcasing the interest in this route.

Considering how SPACs have intrigued investors across the globe, it would be interesting to understand how they work.

SPACs are public listed companies formed solely to raise money, in order to acquire existing private companies. Having no commercial operations of their own, they are often referred to as ‘Blank Cheque Companies’ or ‘Shell Companies’. SPACs are usually set up by an experienced management team / founders with nominal invested capital, termed as the (“Sponsors”). Typically, a SPAC life cycle is 2 years within which the Sponsors are tasked with (i) identifying a potential target company for proposed acquisition or merger; (ii) entering into definitive agreements; and (iii) negotiating and closing the SPAC acquisition or merger.

Funds raised through the SPAC IPO are kept in a trust, only to be utilized following the required shareholders’ approval. Upon an acquisition being completed, the investors can choose to swap their shares for those of the merged / acquired company. The outcome being, the target becomes a publicly traded company. In case of a shortfall of funds, SPACs may seek further investment through the Private Investment in Public Equity (PIPE) route to bridge the gap. Alternatively, the investors could also choose to redeem their shares to receive their original investment along with interest in the event they reject the proposed acquisition.

While SPACs have long gained acceptance in the west, it is yet to find a ground in India. Despite this, Indian companies have not shied away from accessing the foreign markets via this route. ReNew Power Private Limited, India’s leading renewable energy producer has recently entered an $8 Billion deal with RMG Acquisition Corporation II, a NASDAQ listed SPAC. Previously, Videocon d2h and an online travel agency Yatra had sealed SPAC deals worth $375 Million and $218 Million in the year 2015 and 2016 respectively.

Presently, India lacks a unified regulatory framework to oversee the functioning of SPACs. The numerous laws in existence are not conducive for the growth of SPACs and would therefore require the introduction of new provisions or amendments to the existing ones.

(1) Companies Act, 2013 (“CA 2013”): Currently, the CA 2013 does not define the term ‘Shell Companies’. A parliamentary panel in 2018 had recommended the government to insert the definition of the same, thereby making clear distinction between companies guilty of fraud and those making irregular filings. Further, Section 248 of the CA 2013 authorizes the registrar of companies to remove a company’s name from the register of companies in the event the company (i) fails to commence its business within a span of 1 year of its incorporation; or (ii) is not carrying on any business or operation for a period of 2 immediately preceding financial years in accordance with Section 455 of the CA 2013. Such a provision would be contrary to the functioning of SPACs, which requires a 2-year time frame to identify and finalize the acquisition of or merger with a potential target.

Furthermore, Rule 25A of the Companies (Compromises, Arrangements and Amalgamations) Amendment Rules, 2017 requires prior approval of the Reserve Bank of India (“RBI”) alongside compliance with Sections 230 to 232 of the CA 2013. Given the need to approach numerous authorities such as the National Company Law Tribunal (“NCLT”) and the RBI, the procedure may become tedious and prolonged, which in turn defeats the purpose of opting for the SPACs.

(2) Foreign Exchange Management (Cross Border Merger) Regulations, 2018 (“FEMA Regulations”): The RBI has provided for regulations to govern both inbound and outbound mergers involving an Indian and foreign company, which require adherence with the Foreign Exchange Management Act, 1999, prior sanction from the NCLT, valuation norms, reporting requirements and certification among others. This cumbersome process would dissuade the Sponsors as well as investors looking to monetize on timely opportunities.

(3) SEBI (Issue of Capital and Disclosure Requirements) Regulations, 2018 (“SEBI Regulations”): Regulation 6 of SEBI Regulations provides for the minimum eligibility conditions for an IPO. An issuer herein is required to fulfil the stipulated requirements of net tangible assets, operating profits and net worth over a duration of 3 years. Such a requirement would make SPACs in-eligible in the first place, making it unviable to the (i) shareholders / investors, owing to the prolonged waiting period; and (ii) Sponsors, who often require additional funding even once a potential target is identified.

However, recently SEBI has conveyed its interest in evaluating the potential of SPACs by appointing a committee to examine its feasibility. A Consultation Paper on the proposed IFSCA (Issuance and Listing of Securities) Regulations, 2021 has been issued by the International Financial Services Centre Authority (IFCSA) who has proposed a framework for listing of SPACs (“IFCSA CP”). Regulation 19 of the IFCSA CP enlists two main eligibility conditions for SPACs to be listed by raising funds through IPO i.e. (i) the primary objective of the SPAC should be to give effect to a merger or amalgamation or acquisition of shares or assets of a company having business operations; and (ii) the SPAC itself should have no operating business. Further, Regulation 20 of the IFCSA CP provides for the following additional features for listing of SPACs:

(i) A minimum offer size of USD 50 Million or such amount as prescribed by the authority from time to time with the requirement that the Sponsors shall hold at least 20% of the post issue paid-up capital.
(ii) The minimum application size in an IPO of SPAC shall be USD 250,000.
(iii) The minimum subscription to be received in an issue shall be at least 75% of the offer size for the offer to be successful.
SPAC issuers shall ensure other such additional obligations to be met such as maintenance of escrow account, eligible investments pending utilization, acquisition timeline of 3 years extendable up to 1 year, right of dissenting shareholders, liquidation provisions etc.

SPAC IPOs offer a relatively easier path to a public listing than a traditional IPO. Since SPACs do not have any prior commercial operations, it makes for simpler disclosure or regulatory supervision, leading to quicker capital access for Sponsors.

Further, by providing an inclusive approach to capital markets, target companies (in particular start-ups) stand to benefit from a faster and less expensive route towards listing on the stock exchange. A target can seek to avoid any potential market risk associated with traditional IPOs while receiving timely capital infusion. Additionally, SPACs also offers a strategic partnership i.e. an experienced leadership team to the target which could be used for guidance purposes after going public.

Shareholders too are provided with a right of redemption to claim their funds not only when they reject a proposed acquisition but also within a specified duration post acceptance of the same.

Alongside the benefits of opting for a SPAC, critics have raised concerns regarding lack of a concrete business model or identification of potential sectors for investment. There exists a fair amount of uncertainty and pressure on SPACs to find a suitable target within a limited timeframe. Any failure in acquiring the target within such a timeline would result in a SPAC liquidation, requiring investor monies to be returned along with interest. Having no corporate assets or minimum net worth, SPACs have no set parameters to be reviewed, monitored or audited by any regulator in India. Also, like any other public company, performance issues can adversely affect the stock prices.

Given that the current laws are detrimental to the development of SPACs in India, they need to be redesigned to address the vacuum present and to help unlock the true value from this structure. ‘Shell companies’ need to be defined and sensitivities about these primarily being a money laundering vehicle need to be altered. The introduction of a proper regulatory regime for SPACs will help boost India’s position as an upcoming financial center in the East. Asian jurisdictions such as Malaysia, South Korea and Singapore have already taken a lead and signified their interest in promoting SPACs.

With a view of improving India’s ease of doing business rankings and achieving the goal of becoming a USD 5 Trillion economy, we must ensure adoption of global best practices and timely modifications to our laws to attract talent and capital.