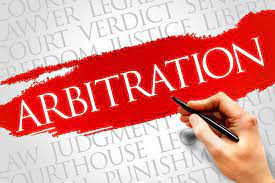 An emergency arbitration (“EA”) is an arbitration mechanism where parties can seek urgent interim reliefs prior to the formation of the arbitral tribunal. It is a time bound process with the ‘emergency arbitrator’ expected to pass an ‘emergency award’ within a specified period (typically around 14-15 days from the date of the appointment of the emergency arbitrator). EA has become very popular over the past decade with almost all major arbitral institutions having incorporated EA provisions in their rules.

In India, the EA mechanism gained significant limelight during the Amazon vs Future Retail[1] dispute where, for the first time, an emergency award was held to be enforceable by the Supreme Court of India (“SC”). However, despite the said judgment, is EA an effective mechanism in India related disputes (i.e., disputes involving Indian parties or India as the seat of arbitration)? Should parties, seeking urgent interim reliefs, consider invoking EA or would they be better served approaching Indian courts for such reliefs? These are the questions that this article seeks to answer.

B. EA under Indian Law

The [Indian] Arbitration and Conciliation Act, 1996 (“Act”) does not provide for EA, therefore, an EA can be invoked only if the parties agreed to institutional arbitrations providing the option of EA. Also, until the Amazon case, there was no clarity on the enforcement of an emergency award in India. This is because the Act only defines an award to include an interim award. It does not specifically provide for the requirements that are to be fulfilled for an order of an arbitrator to be declared an award. Given this lack of clarity, courts in India interpreted an award to mean an order which ‘finally’ determines some part of the dispute or issue between the parties in an arbitration. However, most EA rules provide that an emergency award may be confirmed, modified or revoked by the arbitral tribunal (once it is appointed) and, therefore, it is difficult to say that an emergency award finally determines an issue or some part of the dispute in an arbitration. Also, Section 17 of the Act (prior to its amendment in 2015), which provides an arbitral tribunal with the power to grant interim reliefs, did not expressly provide for such interim reliefs to be enforceable as an order of the court.

Two propositions therefore emanate from the above analysis:

For all its popularity, the enforcement of an emergency award remains a challenge in India. An emergency award passed in a foreign seated arbitration is not enforceable. A party with an emergency award is compelled to file a Section 9 proceeding under the Act requiring the relevant Indian court to independently assess whether interim relief ought to be granted to the party seeking it. The emergency award will merely provide some persuasive value in value of the party seeking interim reliefs. While enforcement of an emergency award passed in an Indian seated arbitration is now possible, it is more likely that, in practice, parties respect and abide by a court order rather than an order passed by an arbitrator. By getting an order from a court, under Section 9 of the Act, a party could possibly avoid the need to enforce the order as was done in the case of Amazon.

Therefore, in an India related dispute, whether to choose to invoke emergency arbitration or not should be considered based on what a party seeks to achieve. For instance, if a party seeks reliefs which may have to be enforced in multiple jurisdictions then invoking EA may be the preferred mechanism. However, if the interim relief is eventually going to be enforced only in India, it may be prudent for a party to consider approaching Indian courts under Section 9 of the Act irrespective of whether the arbitration is seated in India or not.

[4] Section 9 of the Act provides the civil courts in India with the power to grant interim reliefs before, during and any time till the enforcement of the award.

Previous Article: NFTs and Copyrights
Next Article Validity of Restrictive Covenants in Contracts