Applicability Of Limitation Act, 1963 Over Insolvency Proceedings Under The Insolvency And Bankruptcy Code, 2016 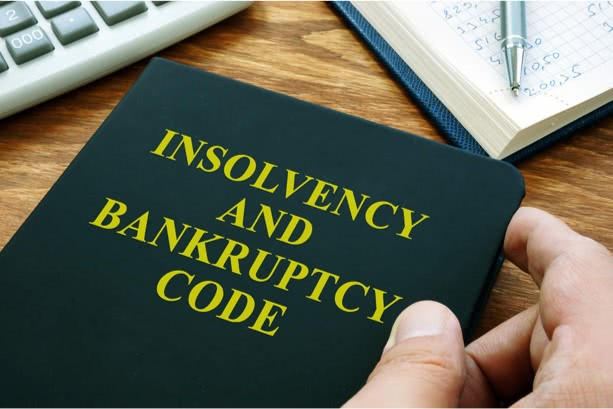 Babulal VardharjiGurjar Vs. Veer GurjarAluminium Industries Private Limited &Anr.
[Judgment dated August 14, 2020 in Civil Appeal No. 6347 of 2019]
The application of the law of limitation on insolvency proceedings was clarified by the legislature by insertion of Section 238A and subsequent judgment of the Supreme Court in the case B.K. Educational Services Pvt. Ltd. v. Paras Gupta & Associates . In the present judgment, the Supreme Court once again reiterated the legal position on the law of limitation, its interpretation and applicability.

(i) Veer GurjarAluminium Industries Private Limited (“Corporate Debtor”), availed certain loan facilities from a consortium of lenders in 2007, viz., Corporation Bank, Indian Overseas Bank and Bank of India (“Original Lenders”). Various properties of the Corporate Debtor were mortgaged to the Original Lenders as securities for the aforesaid loans.

(ii) By way of an Assignment Agreement dated March 30, 2013 executed between JM Financial Asset Reconstruction Co. Ltd. (“Financial Creditor”) and the Original Lenders, the entire debt stood assigned to the Financial Creditor along with the underlying securities.

(iii) The Corporate Debtor’s account was declared as a Non-Performing Asset (“NPA”) on July 8, 2011.

(iv) Recovery proceedings and enforcement proceedings under SARFAESI were filed by the Financial Creditor before the Debt Recovery Tribunal (“DRT”) in the year 2013 against the Corporate Debtor.

(v) The Corporate Debtor also issued a letter dated July 31, 2018 requesting a One-Time-Settlement of all the debts.

(i) On account of default in repayment of the aforesaid financial debt, the Financial Creditor filed an application under Section 7 (“Application”) of the Insolvency and Bankruptcy Code, 2016 (“Code”) against the Corporate Debtor for initiation of the corporate insolvency resolution process (“CIRP”). The Application was filed on March 21, 2018 and the date of default mentioned therein was July 8, 2011. The issue of limitation was neither raised nor considered by the NCLT during these proceedings.

(i) One of the directors of the Corporate Debtor- Mr. Babulal VardharjiGurjar (“BVG”) filed an appeal before the National Company Law Appellate Tribunal (“NCLAT”) , inter alia, challenging the maintainability of the Application on the ground of limitation. It was argued that since the ‘default’ was committed on July 8, 2011, the claim was time-barred and the Application was also time barred. The NCLAT vide its order dated May 14, 2019 dismissed the appeal for, inter alia, the following reasons (“NCLAT Order”):

a. Since the Code was only notified in 2016, the period of limitation started running only on such date, and the Application was filed within the limitation period.

b. Immediately upon default, the Financial Creditor initiated proceedings before the DRT

d. Limitation period prescribed for ‘mortgage’ is 12 years and therefore the present claim was not time barred.

(i) Aggrieved by the NCLAT Order, BVG filed an appeal before the Supreme Court. The primary issue before the Supreme Court was the applicability of the law of limitation on insolvency proceedings. The Supreme Court, held the debt and Application to be time barred and allowed the appeal for various reasons and on several grounds, some of which are briefly mentioned below:
a. The intention of the Code is not to give a new lease of life to debts which are time-barred.

b. The period of limitation for an application under Section 7 of the Code is governed by Article 137 of the Limitation Act, 1963 (“Act”) and is, therefore, 3 years from the date when right to apply accrues.

c. If default had occurred over three years prior to the date of filing of the application, the application would be time barred except in cases where such delay is condoned.

d. An application under Section 7 of the Code is not for enforcement of mortgage liability and therefore the limitation period prescribed for mortgages (i.e. 12 years) is irrelevant

a. NCLAT’s finding that the right to file CIRP applications under Section 7 of the Code accrued only on December 1, 2016 i.e. when the Code came into force, was wholly irrelevant in the context of limitation period.

(i) The Supreme Court has abundantly clarified that the limitation period applicable to a debt is three years from the date of default/ declaration of the asset as NPA.

(ii) The slight ambiguity arises in cases where there is an AOD by the Corporate Debtor vide letters, correspondences etc., in relation to a default that may be older than three years from the date of filing the application before the NCLT. In this case, the Supreme Court came down heavily on the Financial Creditor primarily due to the fact that the Application only mentioned July 8, 2011 as the date of default which on the face of it is outside limitation. The Application also did not contain any averments to explain that there was an AOD or that the limitation was extended due to such reasons.

(iii) Therefore, a reasonable interpretation of this judgment would indicate that in cases where the date of default is longer than 3 years from the date of filing of the application, it is imperative to bring on record facts and evidences which extend the limitation. The NCLT application must contain the documents evidencing AOD (such as balance confirmation letters, any other written acknowledgements from the Corporate Debtor). Further, in the Form-1 itself, the Financial Creditor is required to provide an explanation on how the period of limitation has been extended due to such an acknowledgement and the debt is well within limitation.

Ms. Aditi Mittal is a Partner in K-Law and can be reached at aditi.mittal@klaw.in.
AIR 2018 SC 5601
Order passed by the NCLT, Mumbai Bench, Mumbai on 9th August 2018 in CP(IB)-488/I&BP/MB/2018.
Order passed by the NCLAT on 14th May 2019 in Company Appeal (AT) Insolvency No. 549 of 2018.
Section 18: Effect of acknowledgement in writing: 1) Where, before the expiration of the prescribed period for a suit of application in respect of any property or right, an acknowledgement of liability in respect of such property or right has been made in writing signed by the party against whom such property or right is claimed, or by through whom he derives his title or liability, a fresh period of limitation shall be computed from the time when the acknowledgement was so signed.(2) Where the writing containing the acknowledgement is undated, oral evidence may be given of the time when it was signed; but subject to the provisions of the Indian Evidence Act, 1872, oral evidence of its contents shall not be received.

For private circulation only
The material contained in this alert is for informational purposes only. The views expressed are not those of K Law and do not constitute legal advice. K Law disclaims all liability to any person or entity for any loss or damage caused by errors or omissions in this alert. This article was authorized Aditi Mittal (Partner).