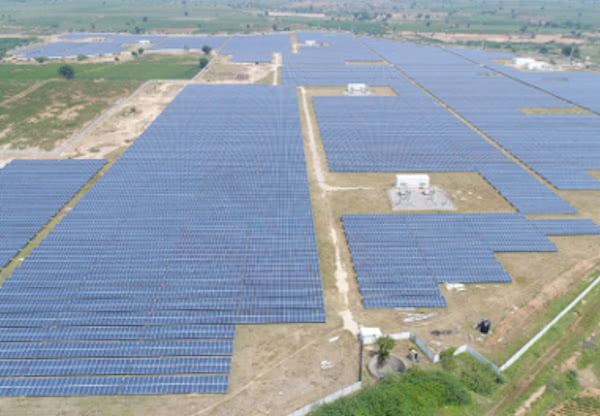 (i) The Indian state of Rajasthan – with abundantly available land, sunlight and an enabling policy framework, is a preferred destination for project developers in the solar power sector. Ostensibly, Rajasthan’s Solar Policy 2019 (“SolarPolicy”) exempts project developers from the regulatory rigours of acquiring agricultural land. This includes exempting developers from the statutory requirements of first converting agricultural land to non-agricultural (NA) use and land ceiling .

(ii) However, despite its deceptive simplicity, land acquisition in Rajasthan – even for solar projects – is fairly complex. Local revenue authorities, for instance, continue to insist that buyers comply with the Rajasthan Land Revenue (Conversion of Agricultural Land for Non-Agricultural Purposes in Rural Areas) Rules, 2007 (“Conversion Rules”), which involves time and money. Furthermore, where landholding exceeds a ceiling limit of prescribed under the Ceiling Act, developers are required to obtain additional approvals for such land to be acquired.

(iii) The disconnect between the Solar Policy on the one hand and land laws on the other, is because while the Solar Policy is within the regulatory ambit of Rajasthan’s Renewable Energy Corporation Limited (RREC) (the nodal renewable energy authority in Rajasthan), land acquisition falls within the jurisdiction of the government’s land revenue department. Therefore, solar developers acquiring agricultural land need permission from various authorities such as the District Collector, the block S.D.O., and finally the village Tehsildar,who are governed by various state laws.

(i) As buying agricultural land in Rajasthan is cumbersome, solar developers in recent months prefer taking project lands on a long lease basis. Leasing of land (in lieu of outright acquisition) has two salient advantages:
a. When compared to a sale, the developer can reduce his upfront costs by amortising the payment through lease rentals for the duration of the lease; and

b. When agricultural land is being leased for solar purposes, the requirement for land conversion to NA use does not apply. As land ownership does not change, the revenue records will continue to show the land parcel as owned by the original land owner (Khatedar),
with a noting in the records that the lands are leased to the solar developer/lessee.

(ii) While leasing land has its advantages above, it is not a wrinkle-free solution. This is because:

a. If agricultural land is owned by persons from notified SC/ST categories, any alienation of rights whether by sale or lease requires government permission. To acquire SC/ST lands therefore, such land must be converted to NA use before the solar developer acquires the same;

b. (Until certain proposed clarificatory amendments are passed by the Rajasthan government ) for a developer to aggregate project lands, even by way of a lease, may continue to be subject to land ceiling requirements; and

c. Care must be taken to ensure that the lease agreement assures the developer of the right of uninterrupted and exclusive usage of the leased land for the duration of the PPA.

All of the above underlines the importance of due diligence when negotiating the acquisition of agricultural lands in Rajasthan.

C. What to check in Title Due Diligence?:

Before a solar developer acquires private land on lease, the developer should check the following:

a. is the land encumbered to a bank or farmer’s cooperative?
b. are there any on-going title litigations with respect to the land?

c. do the land survey number and contours match what the village map sets out?

d. are there multiple owners in the land parcel?

(iii) Check the chain of transfer and devolution of land title for a period of 30 years prior to the date of acquisition. In Rajasthan, this is a relatively simple exercise because landholdings will have undergone fewer sale transactions historically, when compared to other (more fertile or irrigated) Indian states.

(i) If land is inherited land, ask for succession certificates or family partition deeds or vanshavalis to ascertain title

(ii) Sometimes, survey notation numbers in Rajasthan ‘change’, usually a function of subdivision or reclassification of lands. This may break the chain of title review. The puzzle is usually resolvable by determining what the ‘larger’ land coordinates were before the relevant parcel was fragmented or reclassified. Having the ability to navigate the land sub-registrar’s office is important!

(iii) Ascertain whether any land parcel belongs to persons of SC/ST Category, which will mean additional compliances, as pointed out above.

D. The Lease Deed – Points that a Developer should ensure when taking lands on Long Lease:

(i) Ensure that the tenor of the lease matches that of the PPA. The lease tenure shall be not more than 29 years and 11 months since a lease term more than that will attract the same stamp duty as on a conveyance deed.

(ii) Draft to ensure a clearly defined lock in period. The farmer/lessor should have no unilateral right of termination. Termination of leasehold rights by the landlord shall only be allowed in limited circumstances, such as for non-payment of rent

(iii) The lease agreement should be assignable, so that lessee can create security over its rights to the land. The lease should allow substitution of the developer-lessee by project lenders exercising step in rights

(iv) Include a provision for a right to the lessee to purchase the land during the tenure of the lease or after.

E. The Procedure to ‘Acquire’ Lands on Leasehold Basis:

The procedure for a solar developer to take land on lease is as follows:

(i) Ensure that the lessor (Khatedar of the land) intimates the village Tehsildar and RREC of the intended usage in the prescribed form .

(ii) Such intimation is to be made within 30 days before such intended use of land.

(iii) Upon receipt of Form 6B, the Tehsildar will put a note in land record pertaining to the relevant land parcel (Jamabandi) that the said land is being used for solar purposes.

F. Points to consider when dealing with Land Aggregators:

(i) Most solar developers acquire lands through designated land aggregators with professed familiarity with the land in the necessary district/village. Ensure before you engage them that this is the case.

(ii) Certain developers, especially when international players are concerned, may have compliance/FCPA issues around the aggregator being an individual. Check this out upfront. If your compliance requirements mandate that the aggregator needs to be an incorporated or regulated entity, such issues must be resolved before entering into agreements with aggregators.

(iii) Given that land ceiling could be a stumbling block, having upfront clarity on the acquisition structure is important. Will the aggregator buy upfront and then lease to the developer? Alternatively, is the land aggregator merely facilitating a buy or lease ‘in the name of the developer’? These decisions could also impact rural land pricing, which (in the absence of established price discovery) can be volatile.

(iv) Considering stamp duty, registration charges, and ‘locking-in’ the lessor/farmer: All of these assume critical significance. In our experience, it is important for developers to be vigilant and work through these steps with land aggregators with sufficient transaction lead time. This is important in utility scale solar projects where land aggregation will have implications for the PPA and transmission agreements that developers will have signed.

(v) Before you engage the aggregator, make sure he has:

a. the necessary know-how vis a vis land and land laws in the target project area;

b. relationships in the local district authorities, down to the village Tehsildar level to make the necessary filings to convert land for solar use

c. access to title documents including historical title records for at least 30 years;

(vi) Agree on a clear payment schedule for how the aggregator will be compensated for acquiring lands.

The authors are Partners in K-Law
Land conversion derives from the Rajasthan Tenancy Act 1955 and Rajasthan Land Revenue Act 1956.
Rajasthan Imposition of Ceiling on Agricultural Holding Act, 1973(“Ceiling Act”)
We are informed that the Government of Rajasthan is considering certain amendments to the Ceiling Act, 1973 following representations from solar developers seeking an exemption from land ceiling requirements when project land is being acquired on a leasehold basis
Form-E as per Rule 6B of the Conversion Rules

For private circulation only
The material contained in this alert is for informational purposes only. The views expressed are not those of K Law and do not constitute legal advice. K Law disclaims all liability to any person or entity for any loss or damage caused by errors or omissions in this alert. This article was authorized by Pradeep Ratnam (Partner) and Parul Verma(Partner).