Appointment of an Arbitrator: Party Autonomy vs Equity 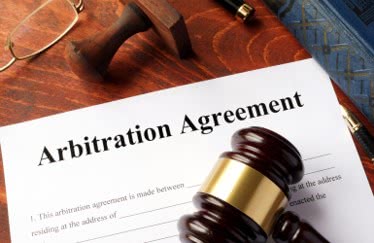 A significant component of the arbitration process is the focus on appointment of arbitrators and the conduct of such arbitrators in the quasi-judicial proceeding, whereby the rules of the game are drawn for the umpire to draw out the differences between the parties and settle the cause of dispute.
In this article, we shall focus on the appointment of arbitrators, specifically sole arbitrator, as envisaged under the Arbitration and Conciliation Act, 1996 (“Act”) and the Supreme Court’s contentious decision in Perkins Eastman Architects DPC and Ors. v. HSCC (India) Ltd (“Perkins”). In the present context, we will discuss the dynamics of disproportionate bargaining power versus right of appointment of sole arbitrator which is not explicitly barred under the Act by considering the following aspects:

Before the Amendment in 2015, the Act was deficient of inherent countervailing powers (as insured under Section 12(1) and 12(5) post-amendment) to ensure minimum independence of the arbitrator and any dispute in this regard was left up to the judicial wisdom of the Court. The Supreme Court’s judgment in Indian Oil Corporation v. Raja Transport (P) Ltd is seminal in this regard which although upheld the unilateral right of the public sector undertaking to nominate its employee as an Arbitrator also usefully acknowledged the flaw regarding independence of the Arbitrator as under:

“reiterating the need for independence and impartiality in Arbitrators. A general shift may in future be necessary for understanding the word “independent” as referring to someone not connected with either party. That may improve the credibility of Arbitration as an alternative dispute resolution process”

The Commission being entrusted with the review of the Arbitration and Conciliation Act, 1996 (‘the Act’) considered the aspect of neutrality of arbitrators in detail in its report and acknowledged that balance between procedural fairness and binding nature of unilateral contracts in terms of appointment of arbitrators, appears to have been tilted in favour of the latter by a series of Supreme Court judgments owing to the present inadequacies in the Act. The Commission also noted that the principles of natural justice and the neutrality of arbitrators are integral part of the arbitration process. Therefore, the Commission espoused the incorporation of internal ‘checks and balances’ within the Act to ensure certain minimum levels of independence and impartiality that are expected out of the arbitration process regardless of parties’ agreement. This endeavour of the Commission translated into the Arbitration and Conciliation (Amendment) Act, 2015. Notable amendments under Section 12(1) and Section 12(5) are relevant in this regard, which are selectively reproduced below:

• Section 12 (1) When a person is approached in connection with his possible appointment as an arbitrator, he shall disclose in writing any circumstances, —
o such as the existence either direct or indirect, of any past or present relationship with or interest in any of the parties or in relation to the subject-matter in dispute, whether financial, business, professional or other kind, which is likely to give rise to justifiable doubts as to his independence or impartiality; and

• Section 12 (5) Notwithstanding any prior agreement to the contrary, any person whose relationship, with the parties or counsel or the subject-matter of the dispute, falls under any of the categories specified in the Seventh Schedule shall be ineligible to be appointed as an arbitrator

The issue regarding the constitutional validity of appointing a sole arbitrator by an ineligible party under Section 12(5) was ultimately considered and decide by the Hon’ble Supreme Court in the Perkins judgment. The Court placed heavy reliance on the Supreme Court’s own decision in TRF Limited v. Energo Engineering Projects Limited (“TRF”) .
In the TRF judgment, the Court was called upon to consider whether the appointment of an arbitrator made by the Managing Director of the respondent therein was a valid one and whether at that stage an application moved under Section 11(6) of the Act dealing with procedural requirements of arbitrator appointment could be entertained by the Court. The Court had held that by virtue of Section 12(5) of the Act if specified persons in the Seventh Schedule shall be ineligible to be appointed as arbitrator, by extension, they shall also become ineligible to nominate an arbitrator as “once the arbitrator has become ineligible by operation of law, he cannot nominate another as an arbitrator.”
In the Perkins judgment, as a “logical deduction” the Supreme Court judicially confirmed the previously stated position in TRF and upheld that in cases where only one party has a right to appoint a sole arbitrator, its choice will always have an element of exclusivity in determining or charting the course for dispute resolution and hence naturally, the person who has an interest in the outcome or decision of the dispute must not have the power to appoint a sole arbitrator. This was also designated as the essence of the amendments brought in by the Arbitration and Conciliation (Amendment) Act, 2015.
Reliance was also placed on Voestalpine Schienen Gmbh v. Delhi Metro Rail Corpn. Ltd which prescribed that independence and impartiality of the arbitrator are the hallmarks of any arbitration proceedings and rule against bias is one of the fundamental principles of natural justice which shall be applied to all judicial and quasi-judicial proceedings.
Thus, the Perkins judgment reinforced the judicial vigour that the arbitrator in theory and practicality is expected to rise above the partisan interests and must perform its adjudicatory role in an impartial and independent manner and this judgment has in effect rendered the pre-determined appointment of sole arbitrators by one party unconstitutional.
Since the Perkins judgment is in the nature of a clarification of the existing law, it has a retrospective effect, thereby affecting a plethora of existing commercial arrangements which provide for dispute resolution by sole arbitrators at the behest of a single party. It also questions the adequacy of the ingrained checks and balances which are liable to be triggered at appropriate stages at instances of manifested bias as envisaged under Section 13 (Procedure for Challenging an Arbitrator) or Section 14 (Failure or Impossibility of an Arbitrator) and under Section 34 (Application for setting aside arbitral awards).

Albeit the decisive mandate in the Perkins judgment, which has been uniformly followed by various High Courts in the country, certain open-ended questions such as, validity of arbitral tribunal whereby one party is merely allowed to choose arbitrator(s) from a pre-fixed panel of the opposing party, continue to be explored in cases such as Central Organisation for Railway Electrification v. ECI-SPIC-SMO-MCML (JV) A Joint Venture Company (“Central Organisation Case”), whereby the power of a certain public sector undertaking (Railways) to designate a arbitral panel was ironically upheld since it was deemed to be counterbalanced by the power of choice to the other party which was allowed to select its nominee Arbitrator from the panel of arbitrators given by the first party. This judgment prima facie appears to go against the spirit of the Perkins judgment. By order dated January 11, 2021, in Union of India v. M/S Tantia Constructions Limited , a bench comprising Justices RF Nariman, Navin Sinha and KM Joseph has expressed concerns regarding the correctness of the Supreme Court judgment in Central Organisation and referred the matter to a larger Bench of the Supreme Court to ascertain the correctness of this judgment in terms of validity of one party to unilaterally designate a panel for nomination of arbitrator by the other party.
Further, another situation is not covered by the Perkins judgment in the strict sense. A party in a dominating position, may force the other party to name an individual to be appointed as Sole Arbitrator who may not be suffering from any disqualifications under the Act. It would then be difficult for the other party to argue that the Sole Arbitrator was named at the behest of one party and would attract the Perkins judgment.

Despite the retrospective nature of the Perkins judgment, the challenges to the existing appointments of Sole Arbitrators have been far and few in between. In a majority of the cases, where a party feels that it is not prejudiced by the appointment of a Sole Arbitrator by the other party such as in the case of appointment of retired judges, the parties are simply recording their consent for the appointment of the Sole Arbitrator and carrying on the with the arbitration proceedings. In many cases, the parties may be at an advanced stage in the arbitral proceedings and it may not be conducive to seek a re-appointment of the Sole Arbitrator and go through the entire process again owing to hefty cost considerations.
There have been instances where PSUs have come forward by filing a petition under Section 14 and 15 of the Act to get a substitute arbitrator appointed, with a view to cure the legal infirmity created by the Perkins judgment and to grant the arbitrator and/or his award from being challenged on this basis.

The judgment in Perkins conforms to international ideals of principles of equality envisaged for arbitration and also lays the groundwork for a robust arbitration environment in the country conducive to domestic and multinational business sentiments. It attacks the following modalities of appointment of Sole Arbitrators wherein:
(a) The arbitration clause empowers an employee of one party such as the Chairman or Managing Director to appoint the Sole Arbitrator;
(b) The arbitration clause empowers one party to appoint a Sole Arbitrator;
(c) The arbitration clause appoints an employee of one party as the Sole Arbitrator with a power to further appoint a nominee.
However, the Court’s adoption of this self-assumed authority to compel independence and impartiality requires legislative ratification. An amendment to the effect of constitutionally invalidating the appointment of sole arbitrators and/or a proposed panel for nomination of arbitrators by a single party will go a long way in settling the contentious position, alleviating outstanding concerns and guide the future course of action for affected stakeholders.

Previous Article: Private Placement of Debt Securities - An analysis in terms of the proposed SEBI (Issue and Listing of Non-Convertible Securities) Regulations, 2021
Next Article Software Patents – An Indian Perspective?