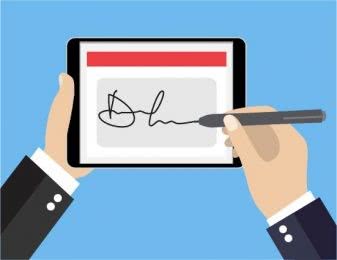 The Covid-induced lockdowns across India (and attendant restrictions) have made it virtually impossible to sign documents in physical form. This article examines whether, as an alternative, our existing ecosystem of digital signatures and e-filings together with an enabling legal framework offer a credible electronic alternative to physical deal executions in M&A and financing transactions.

India’s Information Technology Act, 2000 and the Indian Evidence Act, 1872, recognise the validity of electronic contracts. For the purposes of this note however, the author and his research team have gone a step further. We have attempted to investigate some of the practical aspects of digital signings – for instance the efficacy of third party signing portals such as Legality in terms of cost, ease of uploading documents, version control, provision for multiple signatories to initial pages and sign, and the acceptability of electronically signed resolutions that are uploaded onto the MCA. Overall, our conclusion is that most aspects of a closing checklist (including agreements, resolutions, certificates, e-stamping, charge creation and share transfer), can be replicated through electronic execution processes. That said, certain documents under Indian law require the triad of physical signing/notarization/ registration – for these documents, parties will need to build in adequate commercial assurances and protections for the responsible party to undertake once the lockdown lifts.

This article ends with some practical recommendations to ensure the contractual efficacy and admissibility of electronic contracts, and to avoid the risk of future litigations arising from electronically executed documents.

from the material to the mundane. For commercial transactions in M&A and financing, the disablement of essential public and private transactional services (notarization, stamping, offices, printers, photocopiers, and travel to name a few) – have dealt a serious blow to the prospect of a ‘physical signing’. Whilst government mandated ‘formal’ lockdowns have begun to ease, informal restrictions on physical movement and infrastructure may remain. Also, unsaid, is the enduring stigma around physical contact that may remain – including the fear of prolonged physical proximity during a signing, the prospect of sharing stationery, stamps and seals, of the thought of hundreds of execution pages changing hands amidst multiple signatories. In this context, virtual and electronic executions may be the new normal, at least for some time to come.

The law in India on electronic execution of documents (‘digital signing’) has evolved favourably in recent years, with statutory amendments and case law recognizing the validity of electronic contracts. In certain sectors such as fintech and platform-based trade receivable financings, e-signings and ‘click-wrap agreements’ are the norm. M&A and debt transactions have continued to rely on the physical and have, traditionally speaking, been far less adaptable to electronic executions. Necessity now, may need to be the mother of all invention.

This note therefore analyses : (A) the law on electronic signatures in India, and its application in a rapidly evolving landscape of service providers in electronic execution; and (B) the different methods by which electronic signatures can take place, and (C) whether these methods could be deployed for a full-fledged virtual execution of deals given the physical constraints in place today.

C. The law on Electronic Signatures:

For an electronic document to be valid, it should be capable of electronic storage and accessible in its original form i.e. in a format that is demonstrably tamper-proof (e.g. watermarked and encrypted) whenever called for in a future reference. The document should also be capable of being produced when required electronically, without human intervention. All of these are achievable given strides in technology (such as cloud based third party signature applications), digital security and regulatory enablers. These make a compelling case for incorporating and adopting electronic executions and digital signings as the new norm.

There are two kinds of electronic signature formats that are currently available under Indian law. These are:

(i) Digital Signature Certificate or DSCs: Under the IT Act, a party may sign a document using a ‘digital signature’. To obtain a digital signature, a person will need to apply one of the Certifying Authorities (CAs) recognised by India’s Ministry of Corporate Affairs (MCA), to issue a Digital Signature Certificate (DSC). A DSC is, essentially, a secure digital key that certifies the unique identity of the individual signatory who is esigning the document. The concerned document and the digital signature on it are then encrypted together with a watermark/tamper-proof seal. DSCs are popular in domestic transactions in India because they are ‘explicitly’ recognised by the MCA and thus by the Government of India giving it an appearance of being more legitimate compared to new and emergent electronic signing technologies.

(ii) Electronic Signatures offered by private third-party applications: Instead of a DSC, a party signing a document may also use cloud based third party applications (TPA) such as Adobe or DocuSign, that are rapidly gaining popularity for their user-adaptability, security features and seamless cross border use across countries with technology neutral e-signature laws. TPAs have useful features such as:

The features above go the extra mile to ensure fraud-proofing and security in contract executions. Moreover, some TPAs offer features such as allowing a single party to control the execution. For example, once the ‘execution version’ of a document is in agreed format, a law firm orchestrating the signing can actually ‘control’ the electronic signing process through the TPA platform or portal, and thus ensure that each signatory affixes her electronic signature to the document. The ‘signed’ document is then returned to the custody of the originator (for example, the law firm) for storage or for transmission by email to all the parties involved. TPAs also offer features that are the electronic equivalent to ‘initialing every page’, by allowing the digital imprint of each signatory to appear on every page of the document being signed.

In terms of validity, enforceability and evidentiary value, Indian law does not discriminate between DSCs and other forms of secure electronic signatures through TPAs. The legal test is simply that of immutability – i.e. a guarantee that the document is encrypted and tamper-proof, capable of storage and recall in original form, and containing definitive marks of source identification such as the IP address used, the identity of the person signing, and date and time of e-signing. The rest is up to the commercial comfort of the parties, business familiarity and assurance of seamlessness – especially when multiple signatories or multiple signing locations or country jurisdictions are involved.

For the steps and procedures involved for e-signing, see Annexure 1.

E. Planning a virtual execution in a deal – and what it might take:

This section examines to what extent can electronic processes replace the absence of physical signing. Up until the point in time that ‘Execution Versions’ (EV) of transaction agreements and definitive documents are agreed between the parties, the process– whether physical and virtual – will be the same. Virtual signings differ from the point in time when ‘EVs’ and agreed forms of agreements and resolutions are frozen, ready for signature. The table below ‘buckets’ a typical signing checklist into three colour coded categories – green, yellow and red, depending on how amenable to electronic signature various documents are. These range from:

(i) the simplest at one end of the spectrum (e.g. an authorising board resolution that, subject to the Articles of the company, can be digitally signed by a key managerial person (KMP))

(ii) to intermediate, where there is some legal grey

(iii) to legally unenforceable in electronic form from the perspective of digital execution.

F. Summing Up – Risks and Mitigants:

At a time when panic regulations and ordinances are the norm, our accommodative legislative framework on electronic execution offers a beacon of hope. Together with emerging technologies that provide fast and secure cloud-based esigning applications, parties to M&A and financing transactions have a genuinely credible alternative to physical signing. However, below are some of points to keep in mind:

(i) Open the pdf version of the document to be signed.

(ii) Click on the tool section at the top of the menu.

(iii) Click on the Certificates option, then select digital signature to be affixed.

(iv) Drag the digital signature on the page to be signed.

(v) A pop-up will come, enter the password to authenticate the digital signature and then the document will be digitally signed.

(i) The originating party (OP) has to upload the final version of the document (after it is agreed by all parties) in PDF format on to the TPA portal.

(ii) The OP shall insert the details of the signatories, including email address.

(iii) Following this, a hyperlink will be shared with the concerned person on her mobile/email.

(iv) The recipient will authenticate themselves by giving details of their Aadhar and an OTP sent to the number registered with that Aadhar card.

(v) In case of multiple signatories to the document the portal automatically compiles the document. Further, the OP can ensure through the ‘Settings’ tabs to give parties the option to replicate signature on each and every page.

(vi) Each signature affixed on a document shall carry the date and time at which such document was signed. In addition to this, there is an audit trail which is shared by each portal, which provides the parties with all the details regarding the execution like the IP Address used to sign the document along with the device used for affixing the electronic signature.

[1]States like Delhi, Himachal Pradesh and Karnataka can print stamp paper for an amount up to Rs. 500 using the portal of Stock Holding Corporation of India Limited (SHCIL). Parties in other states like Haryana and Maharashtra can use e-Gras and e-SBTP for procuring nonjudicial stamp paper. Alternatively, there is a third-party application like e-drafter which a party can use to procure non-judicial stamp paper

For private circulation only
The material contained in this alert is for informational purposes only. The views expressed are not those of K Law and do not constitute legal advice. K Law disclaims all liability to any person or entity for any loss or damage caused by errors or omissions in this alert. The author is this article is Vishal Bhat (Partner).