Covid 19: Can Force Majeure Be Invoked Under My Contract? 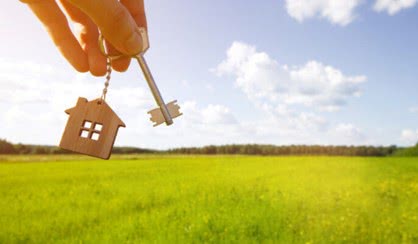 On April 27, 2020, the State of Karnataka enacted an amendment (“Amendment Act”) to Section 109 of the Karnataka Land Reforms Act,1961 (“KLR Act”). To those unaware of land laws in Karnataka, Section 109 of the KLR Act provides for certain exemptions from the provisions of Sections 63, 79A, 79B and 80 i.e. provisions relating to ceiling limits and prohibition on transfers and acquisition of agricultural lands by non-agriculturists in Karnataka.
Several clients have been requesting for clarifications principally arising from articles in popular media stating that purchase of agricultural land is now being permitted directly from the farmers by industries and hence, is there a reason for joy and what are the changes that the law has brought about. To begin with, the government has always permitted purchase of agricultural land under the Section 109 route for industrial and housing projects. So, what has drastically changed since the introduction of the Amendment Act?

B. Position under the unamended Law:

To understand the changed position, let us look at the position under the unamended law. Hitherto, project proponents after seeking clearance of the Project by State High Level Clearance Committee or the State Level Single Window Clearance Committee under the Karnataka Industries (Facilitation) Act, 2002(“Facilitation Act”) were required to comply with the circular bearing RD 01LRM 2016 dated February 22, 2016 (“Circular”) issued by the Government of Karnataka. In terms of the Circular, a project proponent after approval of the Project was required to make an application to the Deputy Commissioner of the concerned district through the Karnataka Udyog Mitra seeking exemptions under Section 109 of the KLR Act for purchase of agricultural lands. The concerned Deputy Commissioner after making necessary enquiries to determine whether the land was restricted , would grant permission for purchase of agricultural lands. Subsequently, the project proponent after obtaining permission under Section 109 of the KLR Act could purchase the agricultural and register sale deeds in their favour. After executing and getting registered sale deeds of agricultural land, such project proponents were required to make payments to the Deputy Commission of the such concerned district for obtaining conversion of the agricultural land to non-agricultural purpose under Section 95 of the Karnataka Land Revenue Act (“Land Revenue Act”). Upon payment of the amounts stipulated for conversion to non-agricultural purposes, the agricultural land would be deemed to be converted within a period of 35 (thirty-five) days.
_________________________

Mr. Vishal Bhat is an LLM in Business Laws from NLSIU and a partner with K-Law specializing in real estate, structured debt, advisory and general corporate matters and can be contacted on vishal.bhat@klaw.in

The Karnataka Act 09 of 2020 dated April 27, 2020 can be found on https://erajyapatra.karnataka.gov.in/WriteReadData/2020/245.pdf
It provides for exemptions where agricultural lands are sought to be purchased for the purposes including industrial development, educational institutions, housing projects and horticulture.

C. Position under the Amendment Act:

The most important change that has been brought is amendment of Subsection (1) of Section 109 that stipulates where a project has been approved by the StateHighLevelClearanceCommittee or the State Level Single Window Clearance Committee, such a project shall be deemed to be exempt by the Government from the provisions of section 63, 79A, 79B or 80 of the KLR Act i.e. the project proponent can now directly purchase agricultural lands identified in the application for the Project from farmers and separate application under Section 109 of the KLR Act to the Deputy Commissioner of the concerned district is no longer required after approval for the Project has been granted.
The other changes brought about by the Amendment Act are as follows:
(a) Subsection (1) (i) of Section 109 has been amended to increase the extent of land required for industrial purpose to 40 (forty) units from the existing 20 (twenty) units;

(b) Industrial purpose shall now also include ‘mining of minor minerals’, whether specified or non-specified and stone crushing activities under the Karnataka Regulation of Stone Crushers Act, 2011; and

The Deputy Commissioner is required to consider whether the land in question is (a) land granted by the Karnataka SC/ST (Prohibition of Certain Land) Act, 1978; (b) granted land having a non-alienation condition under any special law; and (c) needed any prior permission of the government under any other law.

For private circulation only
The material contained in this alert is for informational purposes only. The views expressed are not those of K Law and do not constitute legal advice. K Law disclaims all liability to any person or entity for any loss or damage caused by errors or omissions in this alert. The author is this article is Vishal Bhat (Partner).

Previous Article: Digital Execution Of Documents In A Post-Lockdown Era – Indian Law And Practice
Next Article The Insolvency And Bankruptcy Code (Amendment) Ordinance, 2020