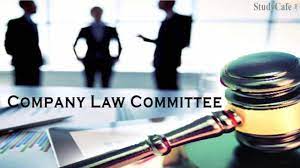 The Company Law Committee (‘CLC’) released its report on March 21, 2022 where the committee has recommended potential amendments to various provisions of the Companies Act, 2013 (‘Act’).  The report of 2022 contemplates a significant overhaul of the Act by easing compliance burdens, recognizing / introducing various concepts (such as fractional shares, restricted stock units, stock appreciation rights) and clarifying certain ambiguities in the present Act. A few key highlights of the CLC recommendations are provided below:

B. Recognition of Fractional Shares:

The Act currently contemplates shares being dealt with in whole numbers and for a specified face-value (eg. Section 4 of the Act – a person can hold a minimum of one share; Schedule I (Table-F) of the Act also restricts a company from recognizing fractional shares).

Per the CLC recommendations, the present framework under the Act can be amended to include provisions that allow issuance, holding and transfer of fractional shares.

The CLC however, has also recommended that such dealings in fractional shares must be in dematerialized form only. The CLC also clarified that the recommendation is only applicable to fresh issuance of fractional shares and not in cases where fractional shares get created for the time being on account of any corporate action such as mergers or amalgamation.

Further, for listed companies, the CLC has recommended that the provisions for fractional shares may be made after consultation with SEBI.

It is also pertinent to note that in jurisdictions such as the USA, investors are allowed to hold fractional shares; and the International Financial Services Centre Authority has recently permitted trading in fractional shares under its regulatory sandbox regime in India.

This change, if implemented, would, to a large extent, eliminate the need for corporate actions (such as stock split/bonus issue) which companies undertake with the sole purpose of reducing per share price (thereby encouraging retail participation).

It is to be acknowledged that privately held companies also face similar issues, especially at the time of issuance of Employee Stock Options (‘ESOPs’). With fractional shares not being permitted and a high per share price being applicable, periodical vesting and exercise of options becomes challenging. Companies then typically resort to increasing the number of shares (through a stock split or bonus issuance) and consequently reducing the per share price.

However, more clarity is to be provided on whether further issue would include issuance on exercise of ESOPs and how issuance of fractional shares would be implemented under ESOPs.

RSUs, SARs are benefits that the employee gets from the company, which are similar to ESOPs, where the holder of such RSUs/SARs typically receives the underlying economic benefit of shares.

SARs, on the other hand, offer compensation which is connected to the company’s stock price at a pre-determined period – to that extent they may be similar to ESOPs. In case of SARs, the employee never owns an actual share (as opposed to an ESOP). This eliminates the need for issuing shares and on-boarding an employee on the cap table. The key differentiating factor between ESOPs and SARs is that in case of SARs, the employee can receive the economic benefit of stock without having the further requirement of purchasing shares.

Interestingly, while SARs are recognized under the SEBI (Share Based Employee Benefits and Sweat Equity) Regulations, 2021 as a right given to a SAR grantee entitling him to receive appreciation for a specified number of shares of the company where the settlement of such appreciation may be made by way of cash payment or shares of the company, RSUs are not specifically recognized under Indian law. However, it is also to be noted that a few companies are already providing RSUs to their employees under an RSU plan.

The CLC has recommended that if these schemes require the issue of further securities by the company, such issuance may be subject to the approval of the shareholders by way of a special resolution and to further alleviate companies from their compliance burden, such approval may be provided as an annual omnibus approval.

Since these incentive schemes are already recognized in the Indian market and are offered by companies in India entirely governed by contractual terms (specifically in case of SARs) and the provisions of the scheme, it would be validating that such schemes could now be specifically recognized, appropriately regulated and the processes for adoption would be clarified under the Act. While statutory recognition would be helpful for companies, it could be argued that a key reason companies resort to issuing SARs is the flexibility owing to the absence of regulation. While adopting these recommendations could resolve ambiguity in terms of issuance and procedure, it is possible that the regulations may make compliance more cumbersome for the companies to issue SARs and companies may deem them less favorable as an employee incentive scheme.

Special purpose acquisition companies (“SPAC”) are companies that do not have an operating business and have been formed with the specific objective of acquiring a target company. SPACs are also used for indirect listing of existing businesses/companies and offer privately held companies an alternative manner to access public markets without an IPO.

In recent times, SPAC transactions have gained significance globally. In Indian market, there has also been a transaction of an Indian company listing through SPAC at NASDAQ. This transaction was also assessed by CLC in its report.

The CLC has recommended that the Act recognize SPAC transactions and include enabling provisions under the Act. However, a SPAC transaction would substantially be regulated by SEBI (in case of any domestic listing). On this point, the CLC report does mention that Primary Market Advisor Committee of SEBI is actively examining the possibility of introducing a framework for regulating SPACs in India. In which case SEBIs approach and contemplated regulations are highly anticipated.

Given the presence of multiple unicorn/pre-IPO start-up companies in India, SPACs have the potential to be an attractive way for these companies to access public markets. However, suitability of SPACs for such transactions would depend entirely on the proposed regulatory framework.

The CLC has asserted various other recommendations to further update the provisions of the Act, including the following:

These recommendations appear to be a welcome move towards achieving ease of doing business in India. However, the manner of adoption of these recommendation by the regulator and the specific framework implemented would determine the acceptance by the Indian markets.