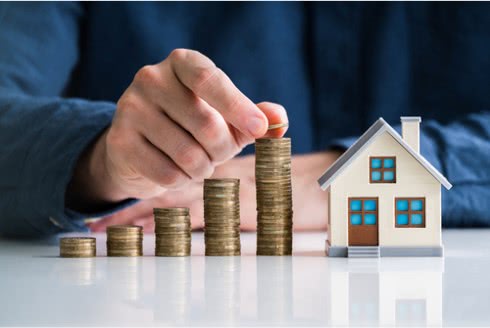 In what could be touted as a significant ruling, Maharashtra Real Estate Regulatory Authority (“MahaRERA”) has paved the way for a pragmatic perspective by interpreting that be it a purchase for investment or for personal usage, the lawful rights of a buyer of an apartment shall be upheld under the Real Estate (Regulation & Development) Act, 2016 (“RERA Act”).

B. Brief Facts of the Case:

Thereafter, the Respondent failed to fulfil either of the promised actions and hence the Complainants filed the complaint seeking relief under Section 13 of the RERA Act for execution of the agreement for sale, in this case the agreements for sale being the impugned allotment letters and praying for hand-over of possession of the five flats.
Section 13(1) of the RERA Act states that “a promoter shall not accept a sum more than ten per cent of the cost of the apartment, plot, or building as the case may be, as an advance payment or an application fee, from a person without first entering into a written agreement for sale with such person and register the said agreement for sale, under any law for the time being in force”.

Further, a Promoter defined under Section (zk) of the RERA Act includes a builder / developer. The Respondent in this case falls within the envisaged definition. Further, an “agreement for sale” is defined under the RERA Act to simply mean an agreement entered into between the promoter and the allottee, hence the allotment letters in this transaction fall within the purview of the definition of “agreement for sale”.

To counter the allegations made by the Complainants, two issues were raised by the Respondent as detailed below:

a. Issue of Maintainability: The Respondent contended that the impugned transaction had taken place in the year 2014 i.e. before the commencement of the RERA Act and pursuant to the judgement passed by Hon’ble High Court of Judicature at Bombay in M/s. Neelkamal Realtors Pvt. Ltd. v/s Union of India and Ors., the stated legal position was that the RERA Act had no retrospective effect and hence this complaint was not maintainable.
On the above issue MahaRERA had noted that the notarised allotment letters cum agreements were dated October 9, 2017, and hence it is prima facie of the view that the said flats are allegedly booked and allotted to the Complainants on October 9, 2017, i.e., after commencement of RERA Act (May 1, 2016) and therefore there was no question of retrospective application.

It is interesting to note that, RERA Act does not distinguish between a homebuyer or an investor, the RERA Act simply contemplates an “allotee”, the definition of which is reproduced below:

Additionally, the rights and duties under Section 19 of the RERA Act are prescribed for an “allottee”. Hence, the ruling substantiates that the RERA legislation contemplates no purpose-based distinction. The RERA legislation is in effect neutral regarding the intent and confers unqualified rights to safeguard the bona fide interests of the “allottees” against the dereliction of duty by the builder / developer. MahaRERA has rightly upheld the legitimate interests of the aggrieved Complainants without looking into the actual purpose of buying the estate in question.

When it comes to the rights of the buyers, the interplay of the Consumer Protection Act, 1986, Insolvency and Bankruptcy Code, 2016 (“IBC”) and RERA Act are acknowledged as concurrent remedies and not in derogation of each other. It is only in the event of conflict that the IBC will prevail over RERA as held by the Supreme Court in Pioneer Urban Land and Infrastructure Ltd & Anr v. Union of India (“Pioneer Judgement”).

At present, under IBC any amount raised from an allottee under a real estate project is deemed to be an amount having the commercial effect of a borrowing and is recognized as a ‘financial debt’ meaning that the “allottee” is designated as a “financial creditor”.
Additionally, under Section 7 of the IBC, a financial creditor may file an application for initiating corporate insolvency resolution process (“CIRP”) against a corporate debtor before the National Company Law Tribunal (“NCLT”) when a default has occurred. A default shall mean non-payment of debt when whole or any part of debt has become due and payable and is not paid by the debtor.

It is important to once again focus on the neutrality of the term “allottee” as opposed to homebuyer or an investor.

Hence, homeowners who have provided funds to builders/promoters to buy a home or an investment property, are considered to be financial creditors and, as such, can file an application for initiating the CIRP against defaulting builders under Section 7 of the IBC.

On harmonious construction of the two prominent legislations being RERA Act and IBC for the rights of the real estate owners, it is clear that the legislative intent is not to differentiate between homeowners and investors and in effect the regulatory machinery is enforced to uphold the values enshrined under the RERA Act which was promulgated “to protect the interest of consumers in the real estate sector”.

We can only hope that this enthusiasm and activism continues to proactively safeguard the interest of the aggrieved parties who are distressed due to the malpractices and delays generally prevalent in the real estate sector and such Real Estate Regulatory Authorities continue to be the beacon of hope by providing a meaningful and a fast-track avenue of dispute resolution. In the backdrop of the Covid-19 pandemic, the real estate sector has been adversely impacted and such rulings shall be instrumental in promoting good practices and governance amidst the involved stakeholders.

If you have any queries or would like more information regarding this alert, please feel free to reach out to one of the authors:

Previous Article: Tata-Mistry Conflict: The Continuing Corporate Schism
Next Article Private Placement of Debt Securities - An analysis in terms of the proposed SEBI (Issue and Listing of Non-Convertible Securities) Regulations, 2021